The Ford Mustang is considered to be one of most beautiful and best-performing vehicles of all time, especially by the members of the GHMA – Golden Horseshoe Mustang Association. We asked these members to tell us about their favourite Mustangs so that we could share it with you!

Over the last 20 years, I’ve had 20 Classic Mustangs from 1964 to 1973. I have also owned 6 later model Mustangs including a 03 Mach 1 and an 03 Terminator. It’s hard for me to pick a favourite so I will share with you my most unique Mustang.

I always wanted an original Shelby and got the opportunity to purchased a 1970 GT500. It was a southern painted shell from North Carolina and lots of parts. It was the only one of my Mustangs that I had totally professionally restored. Thank you to John Miles for your awesome work. Here’s the story on the ’70 Shelby’s.

In a mutual agreement, Ford and Carol Shelby parted ways during production of the 1969 Shelby’s. There were 789 of them that had either just been finished or were in production at the time and were not shipped. These were turned int 1970 models. As VIN tag tampering fell under the FBI, they were called in to supervise the addition of the new dash VIN tag starting with a 0. That was the only number change – the destruction of the old stag started with a 9.

Note: The original VIN numbers still exist under the front fenders stamped into the aprons.

In other words, 1970 Shelby’s were “leftover” ’69s with two black accent stripes on the hood and a chin spoiler that the ’69s never had. Mine had the fast 428 CJ with a close ratio 4 speed. When I sold it at the Toronto Auto Auction, it set the price bar at the time and the ’70 Shelby’s continued to rise in price following. 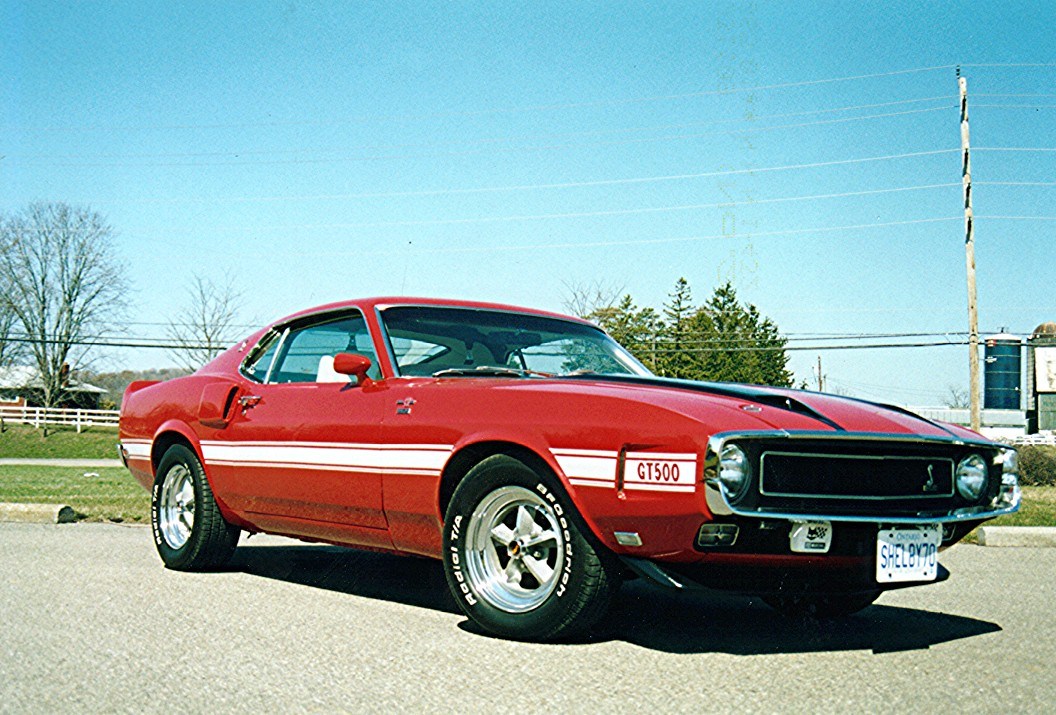 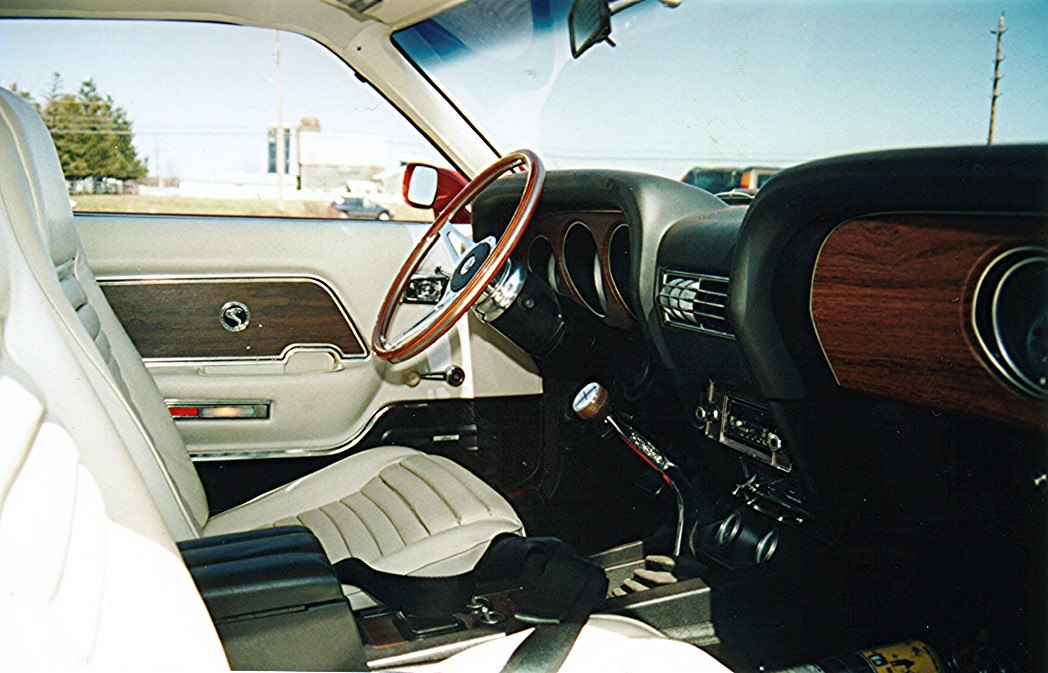 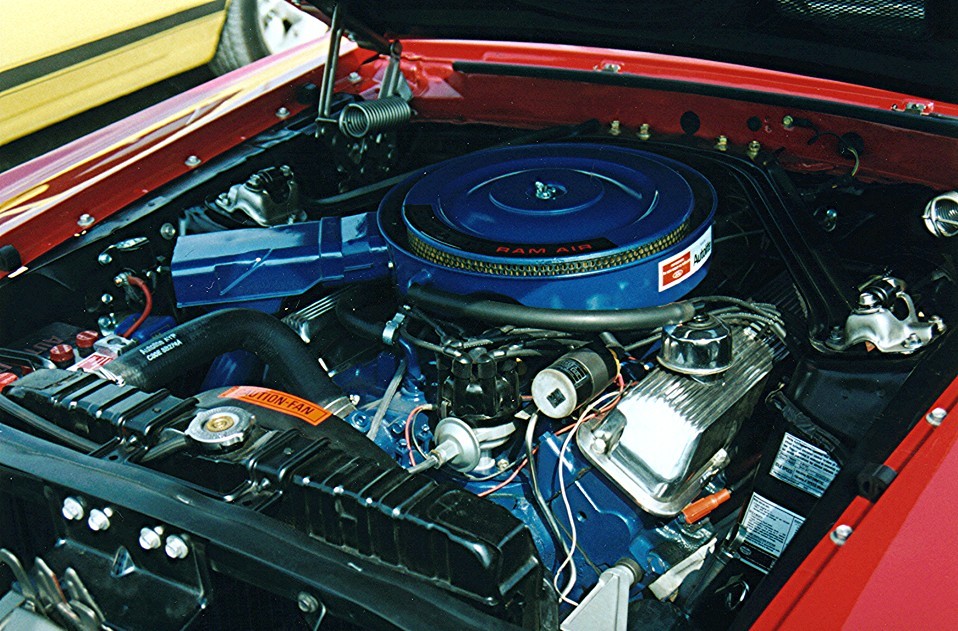 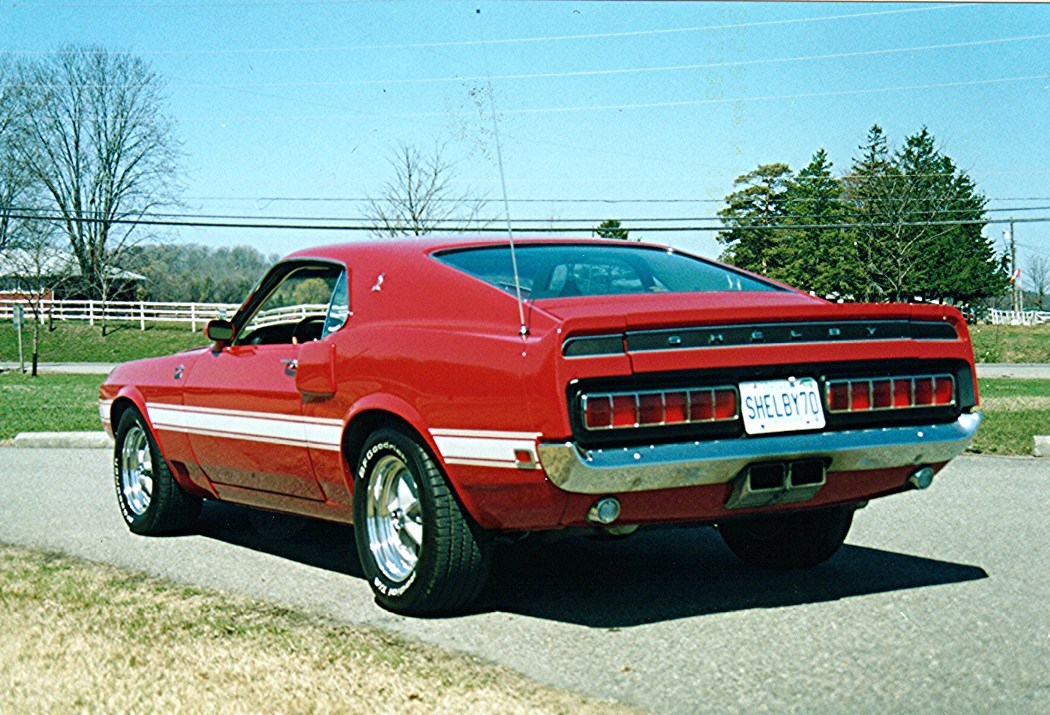 I was the original owner of my 1985 Mustang GT having bought it brand new from Dixie Ford in July of 1985. This car was special as it was the last year with the Holley 4bbl carb before Ford switched to fuel injection. It was also the first year to go to larger 15 inch wheels/tires and dual exhaust. I had the car for 3 years but then had to sell it to my brother as I was getting married and needed the money. My brother sold it back to me in August of 2014 as he was down-sizing and did not have room for it.

When I told my wife, Debbie, that I was looking to buy the car back, she wasn’t thrilled as I also owned a 2010 Shelby GT500 at the time as well. I then reminded her that this car was the very car we were together in when I had asked her to marry me. Once I pointed that out to her, she couldn’t say no. Our GT currently has under 55,000km original KM on it.

It has 16″ aftermarket rims and tires on it, but I also have the original 15″ rims and Goodyear Gatorback tires.The paint and body are all original and in excellent condition.

Specs for my 1985 Mustang GT:
• 5.0L V8, last year of the Holley 4bbl carb before going to fuel injection
• 5 speed manual trans
• First year of new 15″ rims (still have them with the original Gatorback tires from Goodyear)
• First year of dual exhausts
• The only option was a premium sound system over and above the GT option
• It now has an era correct AM/FM cassette player, 16″ inch alloy rims, tint, Flowmaster performance mufflers 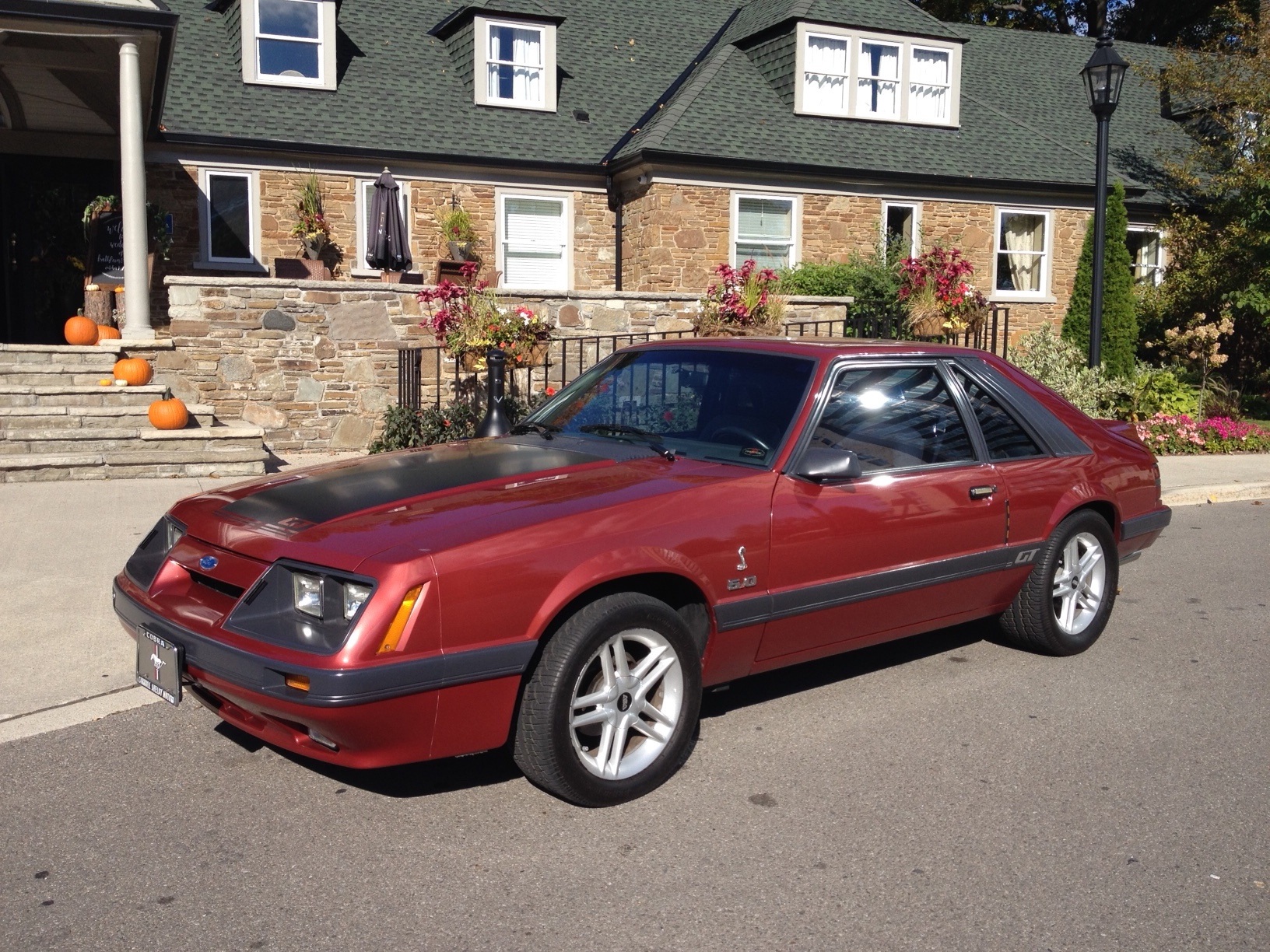 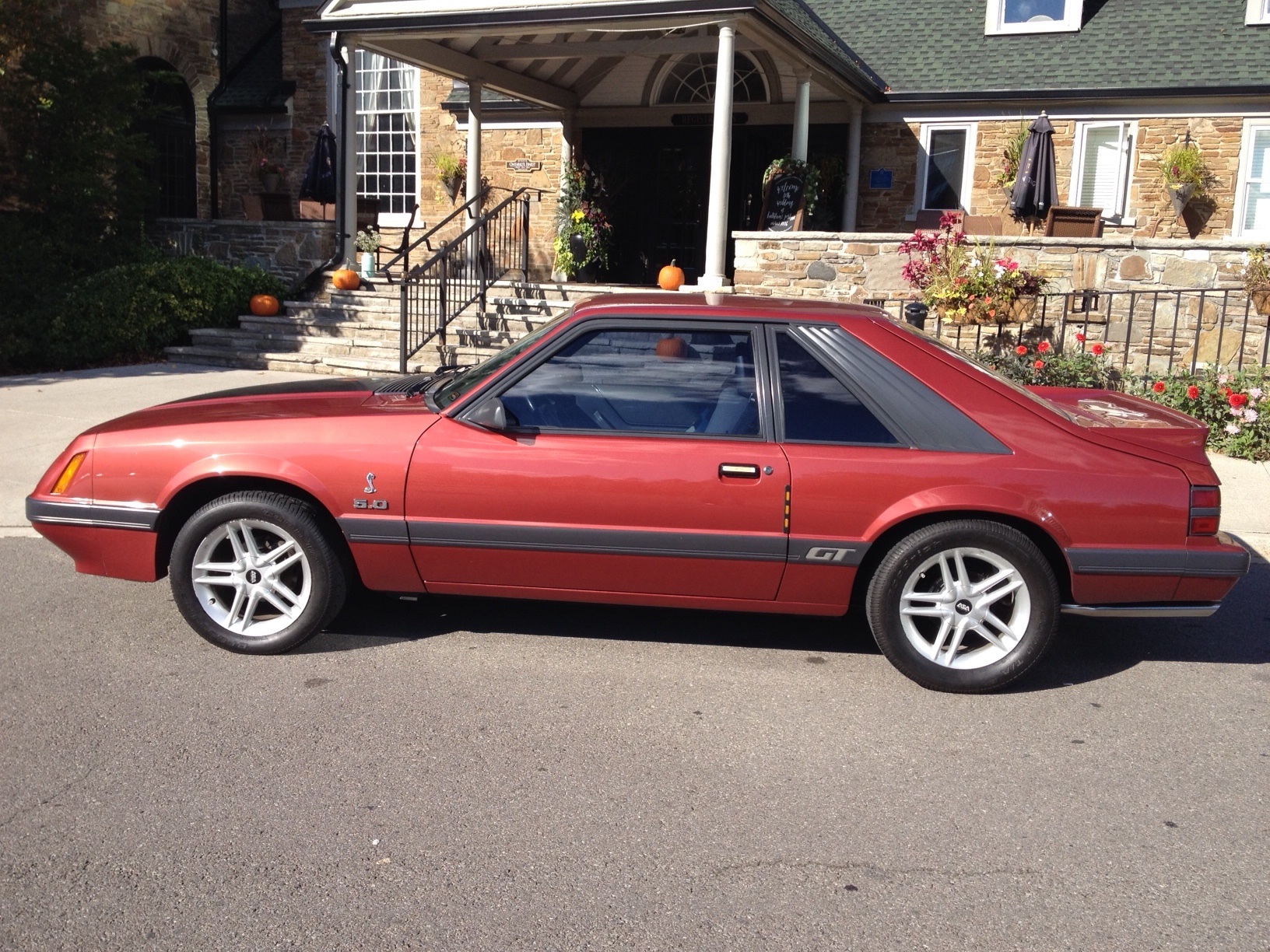 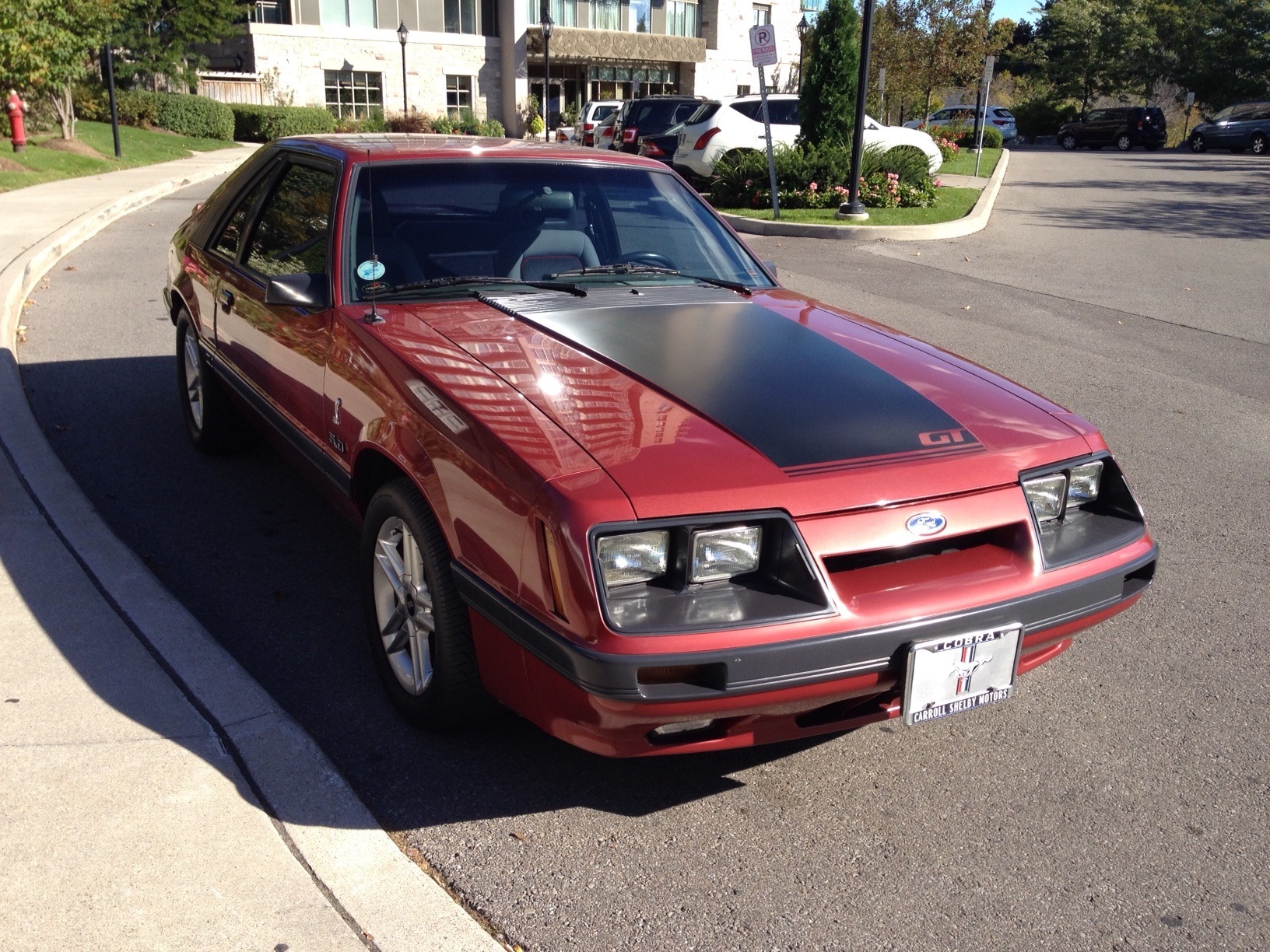 Ken & Patrice Wappler of Cambridge On purchased this 1966 Mustang Sprint 200 convertible in April 2005.The colour is Signalflare Red with a deluxe Pony parchment interior.It features C-4 automatic transmission with console,power steering,brakes and top.It also has GT lamps,wire wheel discs and a luggage rack.Since we’ve owned it the little red pony has garnered a plethora of awards and trophies.

I have a 1965 Fastback, black with red interior and accents – a very striking combination. Although I am biased, I think the first generation Fastback is one of the nicest Mustang styles. 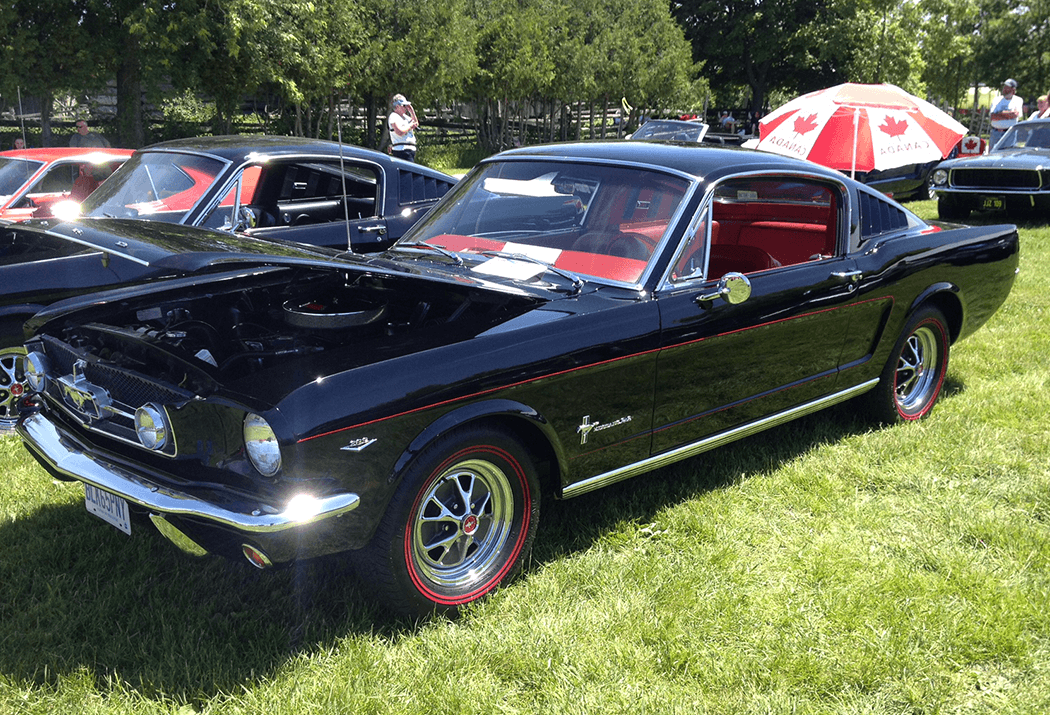