Leggat Discovery Ford | Blog | The Revival Of The Ford Bronco

The Revival Of The Ford Bronco

If you haven’t heard, the Ford Bronco is coming back! The highly anticipated mid-size SUV is expected to be available early 2020 and it will be better than ever before. After all the Bronco dominated the world’s leading 4×4 vehicles for three decades, from the mid-sixties until the mid-nineties. Ford claims that, “this new generation Bronco boasts the latest in smart technology and a bold new look while remaining true to its rugged roots.” 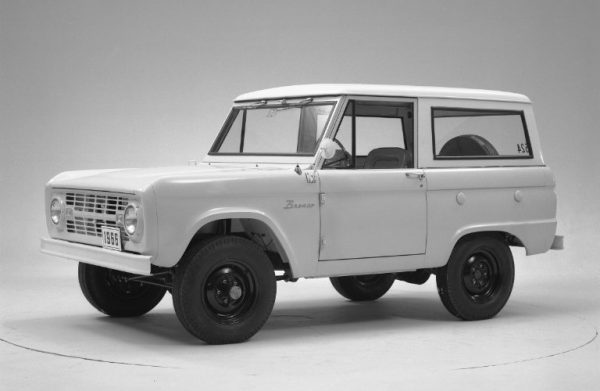 The very first Bronco was introduced between 1965-1966. Following its release, the compact off-roader came equipped with an auxiliary gas rank, power take-off, a winch, a post-hole digger and a CB radio. For nearly 30 years, the original Bronco became a staple in Ford’s portfolio.

The Bronco combined the best of both worlds for adventure, grit and convenience. What was considered in 1966 to be a compact SUV, eventually was able to stand next to the Ford F-150.

A lot of details are kept under wraps and the anticipation is certainly keeping us on the edge of our seats. Here’s what we know for sure:

The 2020 will be based on the new Ranger
Former Ford Chief Technical Officer Raj Nair, Size-wise, he said we expect something smaller than the original Bronco but bigger than the 1980s Bronco II
The Bronco will get a hybrid drivetrain of some sort
The Jeep Wrangler will be the Bronco’s chief competitor
The next Bronco will almost definitely give you the option of driving with the wind in your hair (with a removable roof).
Front and rear axles featuring Ford’s latest AdvanTEK gear technology
Pricing will likely start at $30,000 – $50,000 range
That’s it for now! Stay tuned for more details as they become released. In the meantime, we are offering some great incentives this summer.

If you love the Ford Bronco as much as we do and cannot possibly wait, we have some impressive trucks in our round up with comparable power and style. Stop by Discovery Ford for a test drive.